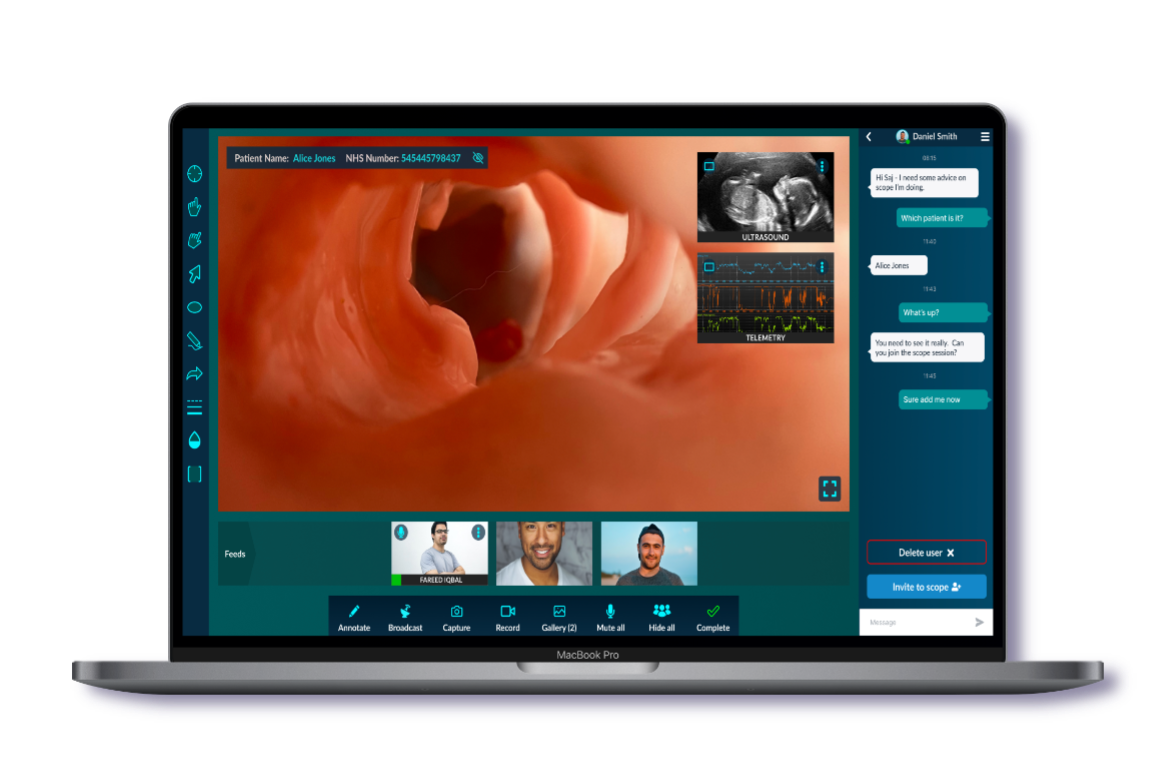 The company has a digital colonoscopy scoping tool which is used to remotely connect multiple surgeons to work collaboratively to diagnose a patient’s bowel condition. The existing front end of the application was poorly designed and the clinicians found it difficult to use in clinical situations.

There was also a raft of new features which the business wanted to include in the application, such as adding multiple surgeons to operations, a video braodcast option and an annotation facility. The current UI didnt lend itself well to inclusion of all these options.

The goal of the this project were therefore:

I was the UX lead in this project team and worked with a business analyst, managed a junior designer and was responsible for the following:

The CEO of the company and surgeom himself, had a good idea of what was needed and where on the interface so I woeked closely with him to design the application and layout it’s features, as he had a been a user of the app knew what and where the features needed to be, as he had been given a lot of feedback from other surgeons.

We then wrote out a series of tasks to complete on a user journey thorugh that app which accessed all its features, old and new. I then booked user testing session with a series of surgeons who operate in the sector and who would be potential users of the application under surgical conditions.

You can view the scope application prototype I designed by either viewing a video of a surgeon following the user journey on the prototype.

The feedback received from the surgeons meant we revised a few areas of the UI until the CEO was happy with the end result and had a signed of design.

I decided to write a web based prototype as we can could both use the code for a more realistic prototype than ran in the browser and the code could also be used in production for the web application. You can view the prototype in action by watching the video below, or interact with it yourself on this by click this link which will take you to it.

As mentioned above, the front end code I wrote was then integrated into the main web application and converted into a series of Angular components. I worked with a back end developer to achieve this and the new scoping application was rolled out into production in the middle of June 2021.

You can view some pictures of the final product being used in a clinical environement below: 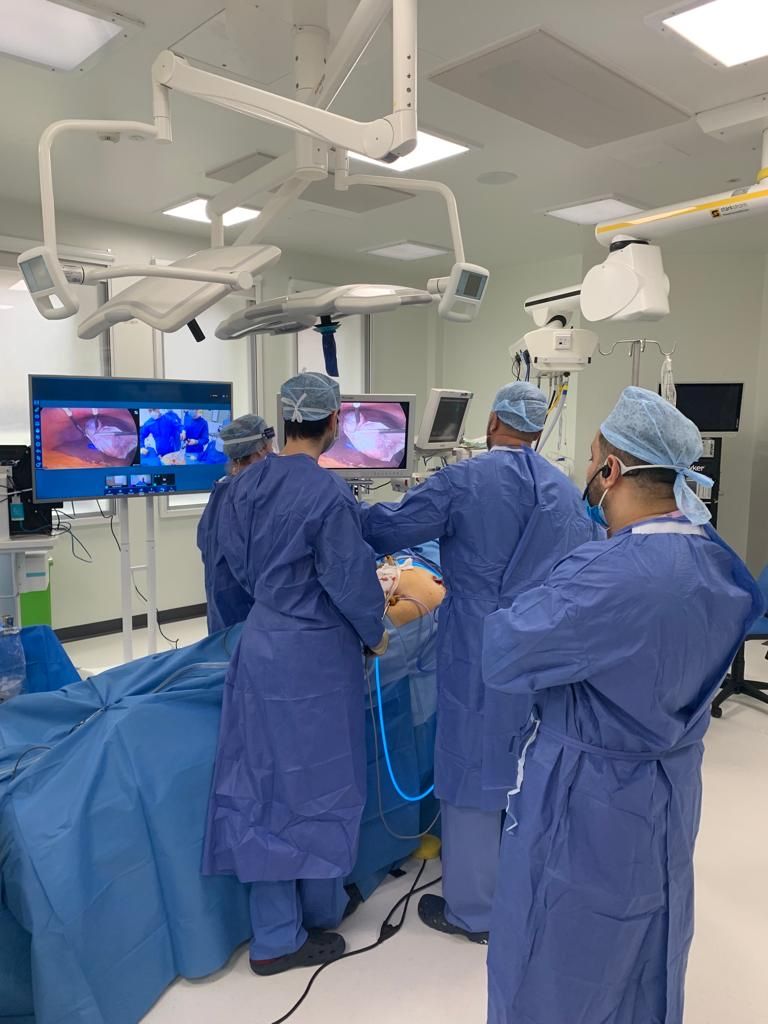 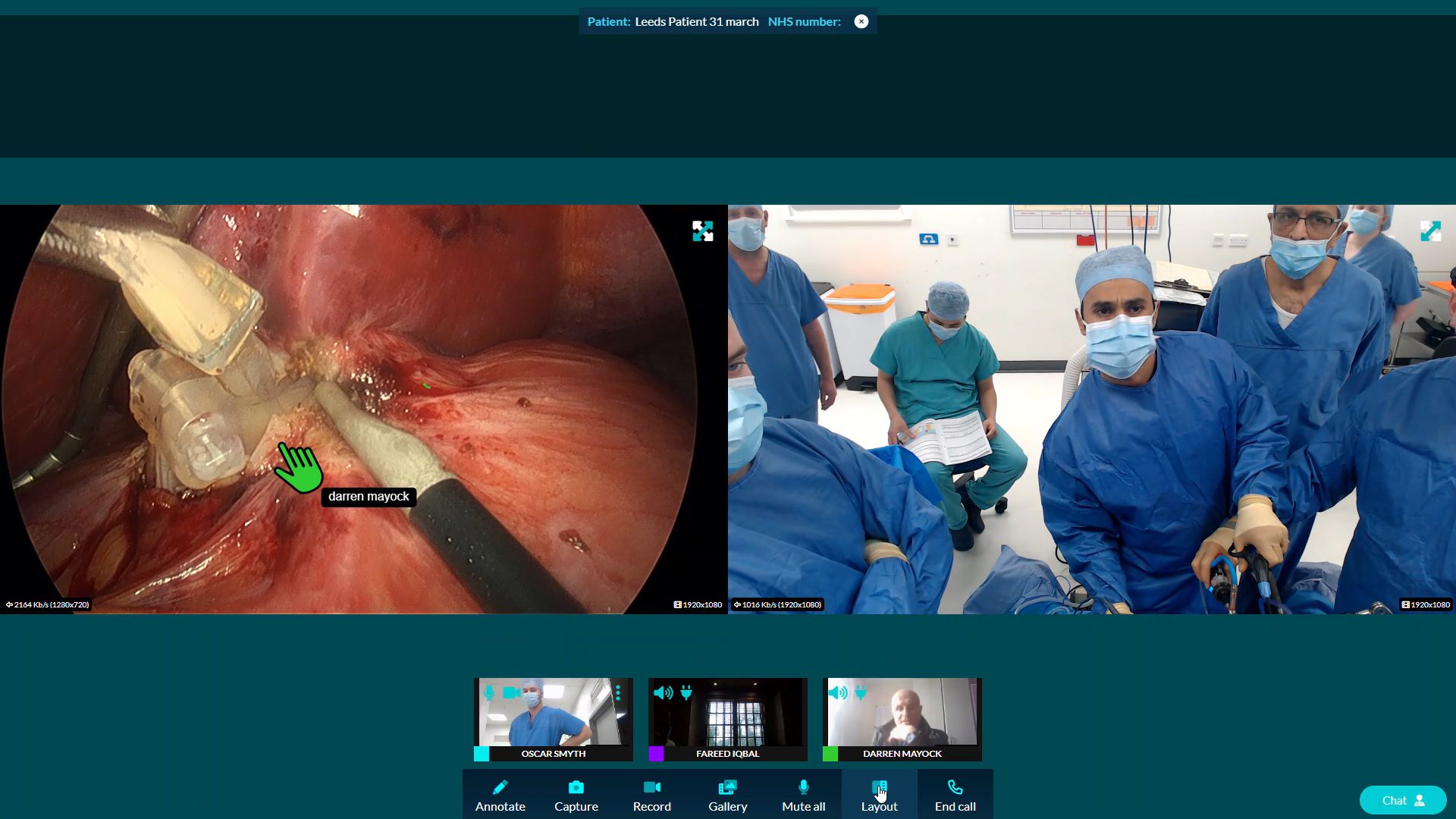 [In use in operating theatre]

The new Scope software was implmented, deployed and rolled out into medical organisations throughout the world. The new features of the application have now opened up new markets for the business, particularly in the Asian markets. It has also allowed additional revenue streams to be opened up in the form of the live broadcast operations to students for training purposes. And most importantly, help early detection and prevention of bowel cancer.